Testing a service in production is important to help ensure reliability. Sending live production traffic to a new version of a service can help reveal bugs that went untested during continuous integration and functional tests.

In this example, we have deployed a video processing pipeline to Kubernetes. The render service has a dependency on the encode-prod service, and we want to roll out a new version of encode, encode-test. 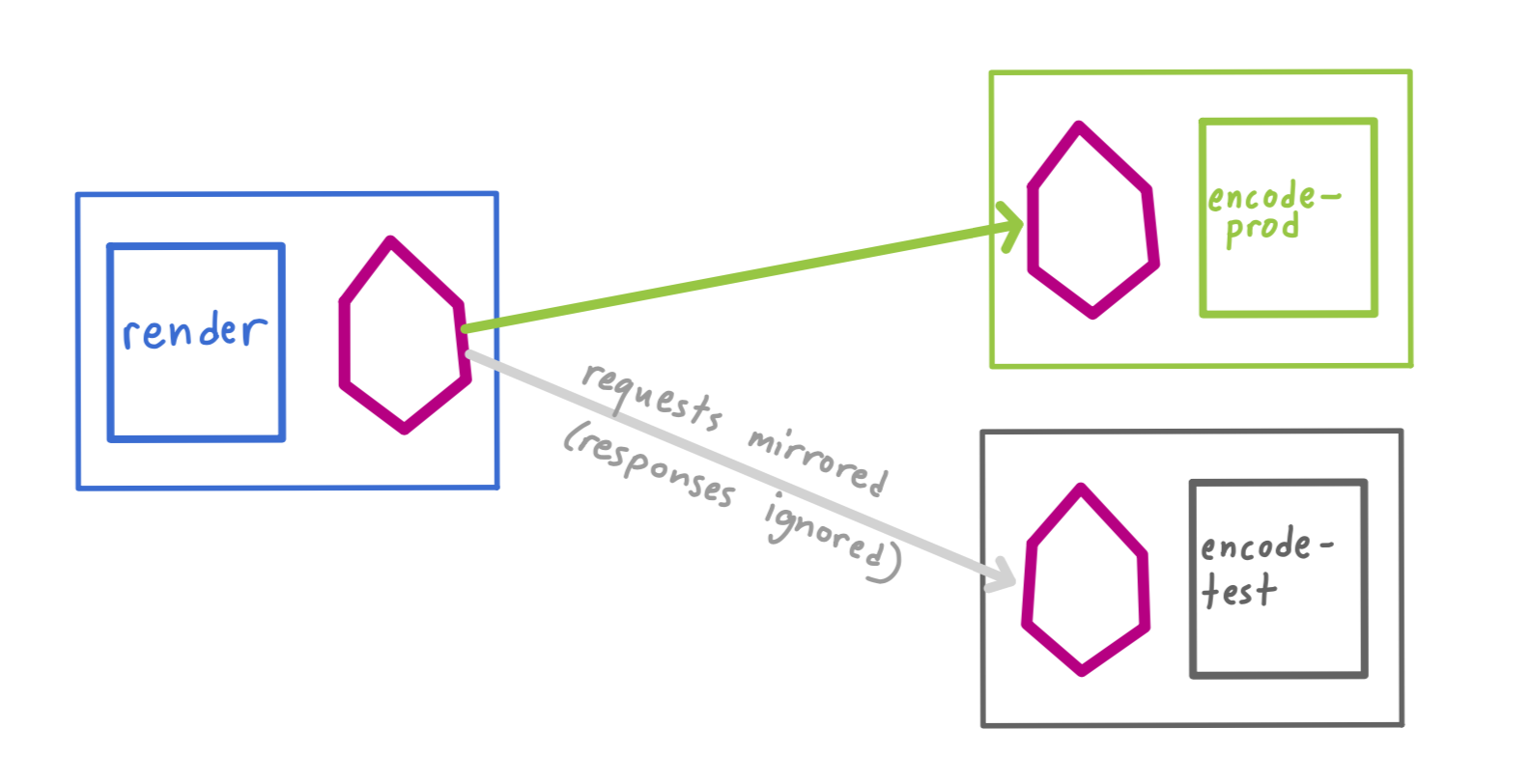 We can use an Istio VirtualService to mirror all encode-prod traffic to encode-test. The client side Envoy proxy for render will then send requests to both encode-prod (request path) and encode-test (mirrored path). prod and test are two subsets of the encode Kubernetes service, specified in an Istio DestinationRule.

Note: render will not wait to receive responses from encode-test — mirrored requests are “fire and forget.”